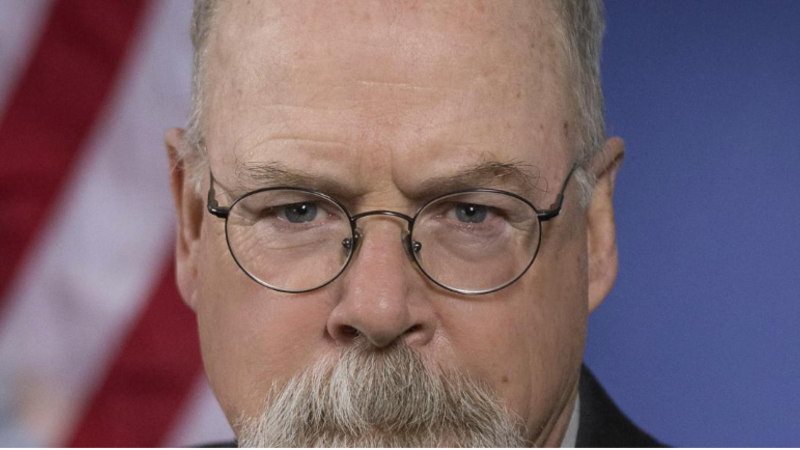 In a court filing late Thursday, Durham also requested that Sussmann be required to provide a “non-hearsay basis” if he wants to use notes from an FBI agent and “multiple” Department of Justice personnel in his defense.

Durham said the defense exhibit list for Sussmann’s upcoming trial includes about 300 email chains between him and various FBI personnel, including “dozens” of communications related to his work on the DNC hack that are “largely irrelevant” to the case.

Durham also objected to the planned defense introduction of “a series of news articles,” mostly focused on the DNC hack and Trump’s July 27, 2016, campaign speech in which he called on Russia to find Clinton’s “30,000 emails that are missing.”

“News articles regarding such matters are not themselves probative of the charged conduct in any way,” Durham’s team wrote.

“Permitting the defense to admit [them] would amount to the ultimate ‘mini-trial’ — of the very sort that will distract and confuse the jury.”

In addition, Durham noted that Sussmann “may seek to offer” handwritten notes by an FBI agent who worked on the investigation into the Alfa Bank allegations, as well as the notes taken by DOJ staffers during a March 6, 2017, FBI briefing on “various Trump-related investigations.”

“The defendant has objected to the Government’s admission of certain notes taken by FBI officials…and the Government has explained in detail its bases for admitting such notes,” Durham’s team wrote.

“Accordingly, the defendant should similarly proffer a legal basis to admit the notes he seeks to offer at trial.”

Sussmann is charged with lying to the FBI in 2016 when he allegedly claimed to not be working “for any client” while giving then-FBI General Counsel James Baker since-debunked computer research that purported to show a secret back channel between a Trump Organization computer server and Russia’s Alfa Bank.

Sussmann’s trial in Washington, DC, federal court is scheduled to start with jury selection on May 16 and Durham’s latest court filing suggested that some of the emails at issue could legitimately be part of his defense strategy.

Durham said Sussmann may use “certain emails…to argue that some or all of” his bills to the Clinton campaign which allegedly involve the Alfa Bank research “were, in fact, related to work on other matters.”

“The Government respectfully submits however, that the Court should carefully analyze each email that the defendant offers at trial to ensure that it is not admitted for its truth but instead is offered for a permissible purpose, such as to prove the defendant’s state of mind or the email’s effect on one or more of its recipients,” Durham’s team wrote.